Your data is protected by Hyperstack's policy mechanism. Policies regulate Create, Read/Broadcast, Update and Delete access based on the browsers logged in user. You define in one set of files what data can be seen by who, and who can update the database

This Page Under Construction

Access to your Isomorphic Models is controlled by Policies that describe how the current acting_user and channels may access your Models.

Each browser session has an acting_user (which may be nil) and you will define create, update, and destroy policies giving (or denying) the acting_user the ability to do these operations.

An application can have several channels and each channel and each active record model can have different policies to determine which attributes are sent when a record changes.

Lets say a specific Todo changes, which is part of team id 123's Todo list, and users 7 and 8 who are members of that team are currently logged in as well as two of the AdminUsers.

When the Todo changes we want all the attributes of the Todo broadcast on team 123's channel, as well on the AdminUser's channel. Now lets say User 7 sends User 8 a private message, adding a new record to the Message model. This update should only be sent to user 7 and user 8's private channels, as well as to the AdminUser channel.

We can define all these policies by creating the following classes:

Before we begin using these channels and policies we need to first define the Reactive-Record acting_user method in our ApplicationController:

Note that acting_user is also used by ReactiveRecord's permission system.

Our entire set of policies is defined in 29 lines of code of which 8 actually execute the policies. Our existing classes form the foundation, and we simply add Hyperloop specific policy directives. Pretty sweet huh?

Hyperloop uses Policies to regulate what connections are opened between clients and the server and what data is distributed over those connections.

As Models on the server change (i.e. created, updated, or destroyed) the changes are broadcast over open channels. What specific attributes are sent (if any) is determined by broadcast policies.

Broadcast policies can be associated with Models. As the Model changes the broadcast policy will regulate what attributes of the changed model will be sent over which channels.

Broadcast policies can also be associated with a channel and will regulate all model changes over specific channels. In other words this is just a convenient way to associate a common policy with all Models.

Note that Models that are associated with channels can also broadcast their changes on the same or different channels.

The best way to define policies is to use a Policy Class. A policy class has the same class name as the class it is regulating, with Policy added to the end. Policy classes are compatible with Pundit, and you can add regular pundit policies as well.

A policy class can be defined for which there is no regulated class. This is useful for application wide connections, which are typically open even if no one is logged in:

Note that by default policy classes go in the app/policies directory. Hyperloop will require all the files in this directory.

If you wish, you can also add policies directly in your Models by including the Hyperloop::PolicyMethods module in your model. You can then use the regulate_class_connection, regulate_instance_connections, regulate_all_broadcasts and regulate_broadcast methods directly in the model.

Normally the policy methods are regulating the class with the prefix as the policy, but you can override this by providing specific class names to the policy method. This allows you to group several different class policies together, and to reuse policies:

Any ruby class that has a connection policy is a Hyperloop channel. The fully scoped name of the class becomes the root of the channel name.

The purpose of having channels is to restrict what gets broadcast when models change, therefore typically channels represent connections to

The regulate_class_connection takes a block that will execute in the context of the current acting_user (which may be nil), and if the block returns any truthy value, the connection will be made.

The regulate_instance_connections likewise takes a block that is executed in the context of the current acting_user. The block may do one of following:

Note that the object (or objects) returned are expected to be of the same class as the regulated policy.

Typically connections are made to ActiveRecord models, and if those are in the app/hyperloop/models folder everything will work fine.

Hyperloop looks for an acting_user method typically defined in the ApplicationController and would normally pick up the current session user, and return an appropriate object.

Connections to channels available to the current acting_user are automatically made on the initial page load. This behavior can be turned off with the auto_connect option.

Its important to consider turning off automatic connections for cases like the above where the user is likely to be a member of many teams. Typically the client application will want to dynamically determine which specific teams to connect to given the current state of the application.

Normally the client will automatically connect to the available channels when a page loads, but you can also manually connect on the client in response to some user action like logging in, or the user deciding to display a specific team status on their dashboard.

To manually connect a client use the Hyperloop.connect method.

The connect method takes any number of arguments each of which is either a class, an object, a String or Array.

If the argument is a class then the connection will be made to the matching class channel on the server.

If the argument is an object then a connection will be made to the matching object on the server.

The argument can also be a string, which matches the name of a class on the server

or the argument can be an array with a string and the id:

You can make several connections at once as well:

You can also send connect directly to ActiveRecord models:

Note that the same sequence is used for auto connections and manually invoked connections.

The result is that each channel may get a filtered copy of the record which is broadcast on that channel.

The purpose of the policies then is to determine which channel sees what. Each broadcast policy receives the instance of the policy which responds to the following methods

The result of the send... method is then directed to the set of channels using the to method:

The to method can take any number of arguments:

The broadcast policy executes in the context of the model that has just changed, so the policy can use all the methods of that model, especially relationships. For example:

It is possible that the same channel may be sent a record from different policies, in this case the minimum set of attributes will be sent regardless of the order of the send operations. For example:

Keep in mind that the broadcast policies are sent a copy of the policy object so you can use helper methods in your policies. Also you can add policy specific methods to your models using class_eval thus keeping policy logic out of your models.

So we could for example we can rewrite the above MessagePolicy like this:

To allow code in the browser to create, update or destroy a model, there must be a change access policy defined for that operation.

Each change access policy executes a block in the context of the record that will be accessed. The current value of acting_user is also defined for the life of the block.

In the below examples we assume that your user model responds to admin? but this is not built into Hyperloop.

Note that there is no allow_read method. Read access is granted if this browser would have the attribute broadcast to it.

As well as the following instance methods:

To avoid name space conflicts with your classes, Hyperloop policy classes (and the Hyperloop::PolicyMethods module) maintain class and instance attr_accessors named synchromesh_internal_policy_object. The above methods call methods of the same name in the appropriate internal policy object.

First as you say to explicitly send stuff to all applicants. Policies work "backwards" to how you might think in a controller. In a controller you might check something like acting_user.chatrooms.include?(message.chatroom) whereas Hyperloop starts from the other end, it'll effectively do something like this message.chatroom.participants.include?(acting_user). Your job in a policy is to start with the actual record, then traverse the relationships to return the user or users it belongs to. Think in terms of "I have a thing, who are all the people who are allowed to see it?". Now that may or may not work in your case. If you have anonymous accounts for applicants but they all still have user records and thus IDs then it will work — job_posting.hiring_manager.applicants. But if applicants didn't have any record then you couldn't use this style of "instance channel policy". Instance == ids == non-public. So if something is public you can use a class channel. send_all.to(Applicant). Finally you can have many channels or just a few. In our app I've gone with a user instance channel, and a user class channel. That's just what works for my mental model. But you could have other instance and class channels to make dividing things up easier, your scope chains shorter, etc. Hopefully you can look at the docs now and see instance, class, channel, broadcast, etc. and come up with a way that works for you. Mitch's snippet looks good, I just tried to give some surrounding color.

The policy send all bit is about once you've got a record/records, are you allowed to see it and what attributes are you allowed to see (in that case all, but you can permit a subset). The regulate bit is about what relations are you allowed to access. It may seem redundant as without regulations event if you loaded the relation you still wouldn't be able see any of the record attributes without a policy. So even without regulations there's no risk of exposing private information. BUT what would leak is lists IDs and counts. A count doesn't instantiate any records so there's nothing to run a policy on. Leaking counts and IDs is metadata that may or may not be sensitive, aka you wouldn't want an insurance company to be able to do patient.diseases.count. And if you're using UUIDs so you don't sequentially leak all of your public pages, again you'd want a regulation to protect that. They can also prevent denial of service attacks loading big expensive relations. So, broadcast policies are about who can see the attributes of an individual record (or collection but it's still run on each record individually). Regulations are about preventing business data leakage.

These work very similar to pundit, and by design you can even mix pundit and hyperloop policies. Here is an example pundit policy from the pundit tutorial:

BTW what if you want to restrict what data is broadcast? In Hyperloop you just update the regulation. In pundit you may have to edit both the index controller method and Policy class. 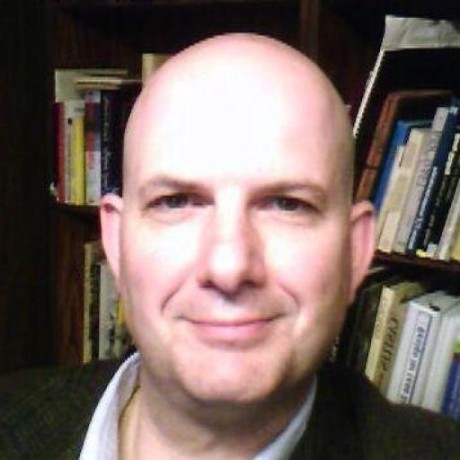